In 2014 the following Navajo-Churro ewes were bred to my BFL ram, Theodore.

Here are the results: 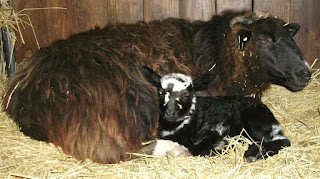 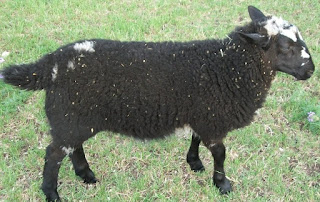 Ceeeola also had twins this year... 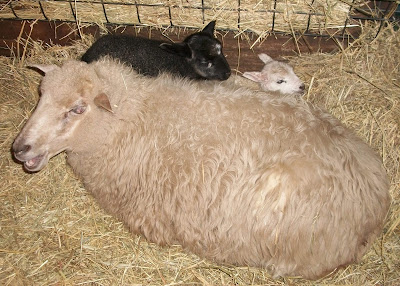 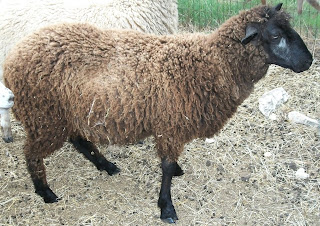 Here is her ram lamb, Birteee, at 6mo. 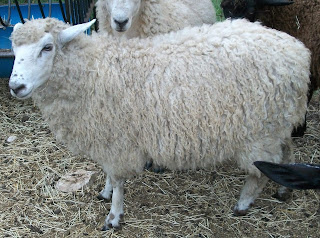 Yahzeee had a HUGE, strapping, ram lamb this year: Herculeez
(he had to be hand delivered........a day that will live in infamy for all three of us!!! ) 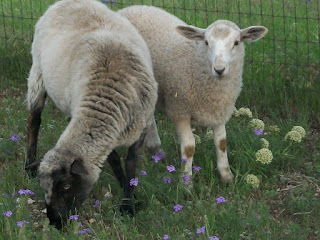 Here he is again, alongside his mom, at two months of age, and he doesn't lack much being the same size as she. 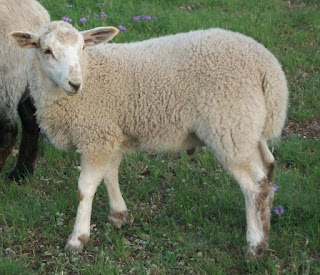 
No, no...it's just "Helicopter Mom"...making sure everyone is accounted for !!! 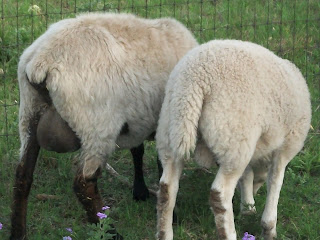 The ewes came from Oregon:

and...candid pics of the flock family.... 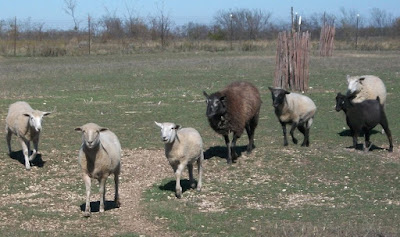 This year we bred two ewes to a purebred Navajo-Churro ram. His name is Anselm. This photo was taken before his horns budded out. 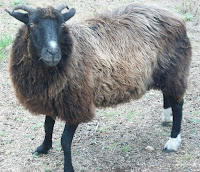 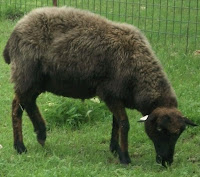 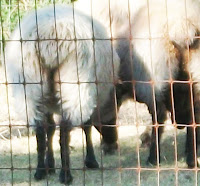 Here are updates on the "little flock" and how things have changed...

Tedee, the BFL ram, has now left to go live in a new home in Louisiana.

His replacement could be a Navajo-Churro ram I've had my eye on since last spring.

I sold some ewes and my wether Putteee last year to make room for my new "flurros" born this year, as well as new Navajo-Churro ewes to round out my simple breeding program. 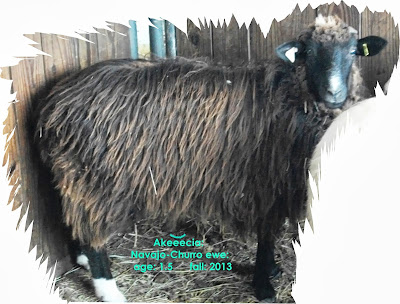 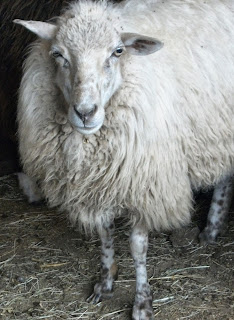 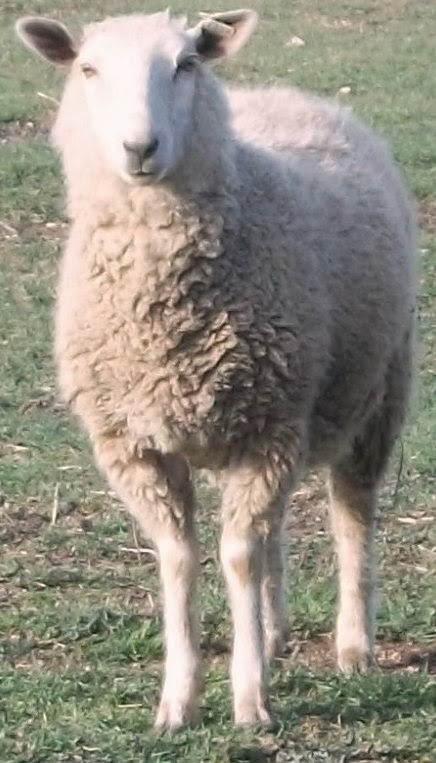 Ceeeola  and her son Bennette 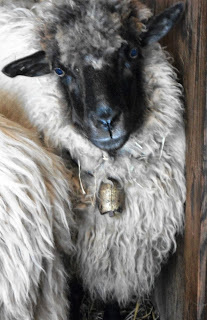 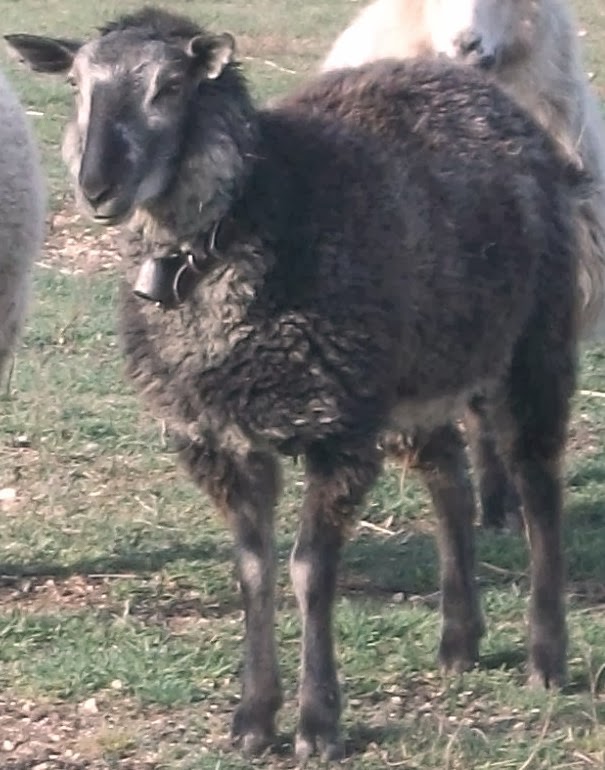 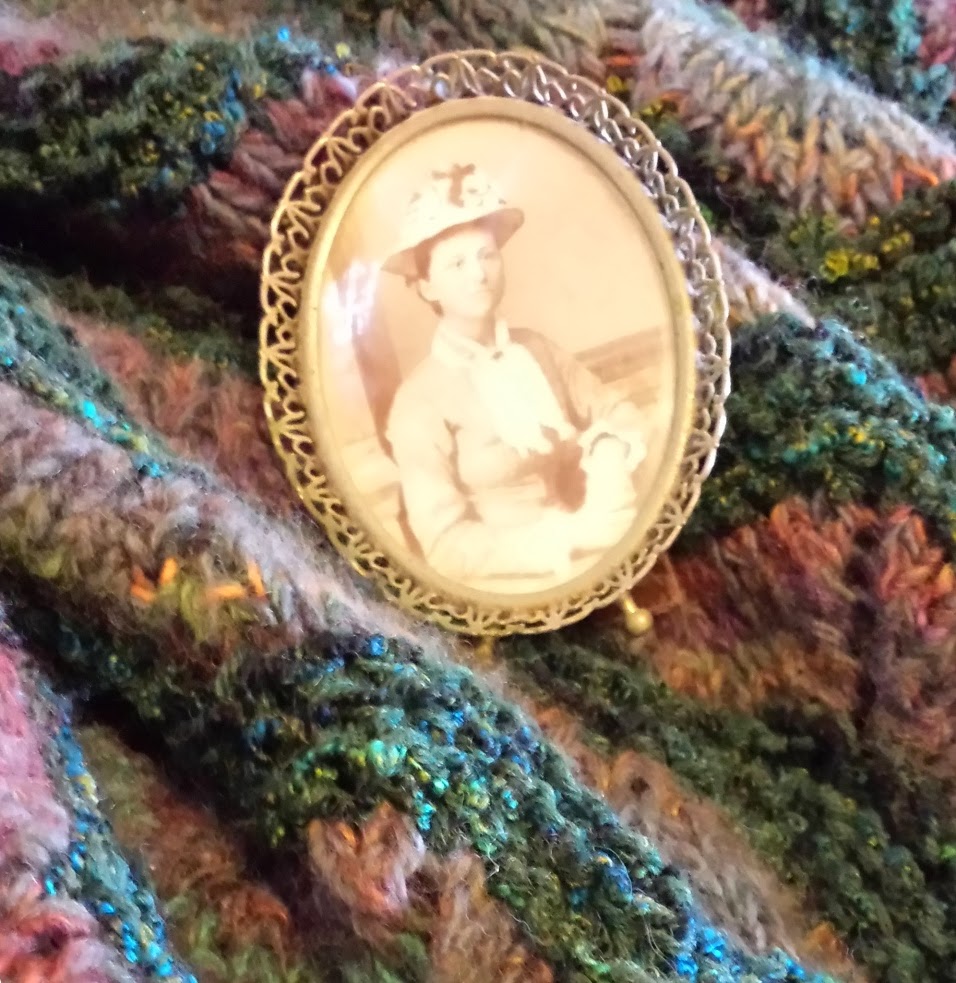 I learned to knit from my mother.

Traditionally she knit an afghan for each of her children upon their 'making' a home of their own, whether it be at the time of their marriage or just finally growing up and moving out.

About the time my mother turned 70, 'arthur' came to visit (my grandmother's pet name for arthritis), and she began to slow down with her handiwork.  It was at that time, I decided I would try to continue Mother's afghan tradition.  Since then I have knitted three afghans for three nieces who married, as well as a 'lapghan' for a missionary friend, and a couple of other lapghans for family members willing to let me experiment. Currently I am working on a fourth afghan for another niece to be wed this summer.


The afghan pictured here is one I made for my brother's third daughter.
I call it "Alaska Wedding Cover".
Her husband proposed to her on a hilltop in Alaska last summer.  My niece was in such awe of the beauty of the area... I was inspired by what I imagined the various waves of color from the plant life throughout the year would be, as well as the sea rolling along the shoreline...the only thing I did NOT include were the blotches of white she saw as Bald Eagles flew from tree top to tree top, (maybe one day when she returns for a visit I can add to it)! 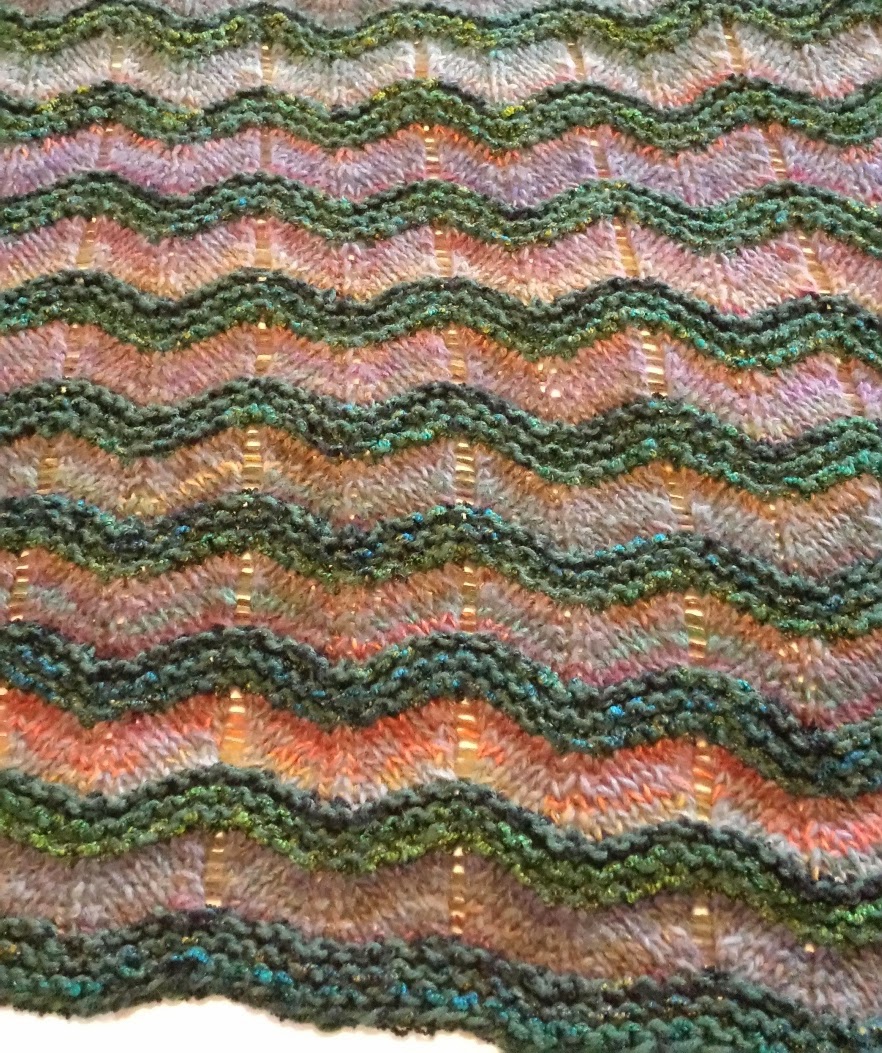 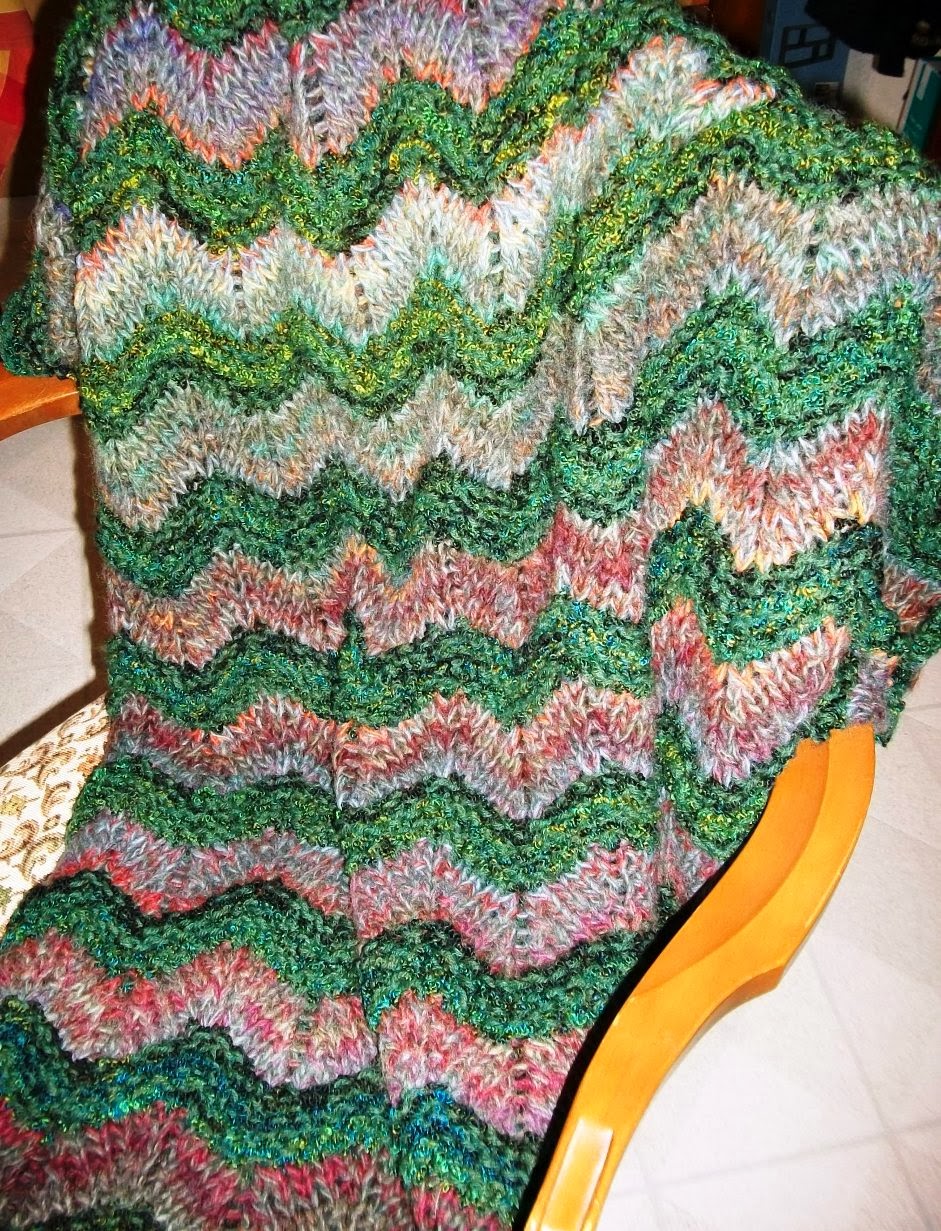 An afghan for the obedient wild child... 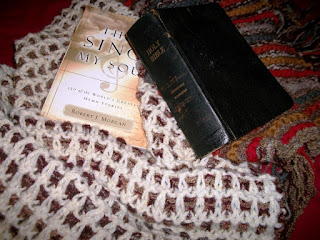 This past fall my brother's 4th daughter married, at her childhood home. It was a garden wedding unlike any other I've attended....

The enchanted evening began as twilight awakened and sounds of nature surrounded the guests....including an owl hooting in the distance as the sun set and soft music filled the air, and warm laughter wafted among the oaks and elms as they too were witnesses on this joyous night. 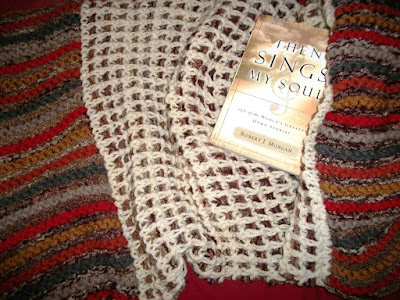 This niece is a fun loving, free willed young woman who walked down the ceremonial wedding path, draped in her lovely gown, with bare feet and sat on her childhood tree swing with ropes hanging from high above, wrapped in billowing chiffon, as flute notes floated down the grassy slope and tree lights twinkled and swayed in the gentle autumn breeze.


Yes!  She exudes independence and doesn't feel she must always follow the "norms". Therefore, I wanted to make her an afghan that would resemble her zest for uniqueness.

What I found was a pattern loaded with color, adorned heavily with long/unruly fringe, and in the middle, traditional lattice work set off in white wool, much of which I hand spun from my own flock.

I call it, "Bohemian Wrapsody"  since she plays the piano, sings like a bird, (even a little bit of opera from time to time), and demonstrates quiet boldness in her character. She's a voice teacher, and my prayer is that it keeps her and the new "hubby" warm....and reminds them of home as they travel the globe with his military service. 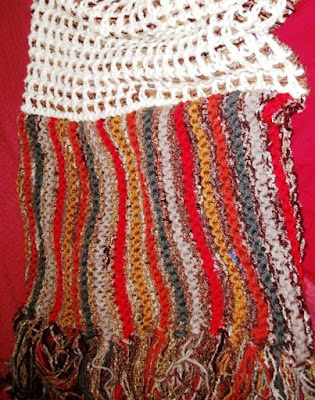